What is Binge Eating Disorder?

Binge Eating Disorder or compulsive overeating is a condition that affects millions of people who have periods of uncontrolled, impulsive, or continuous eating beyond the point of feeling comfortably full.  It is characterised by eating large amounts of food in a short space of time and often in secret and when not physically hungry (e.g. anything between1000-30,000 calories in one go) which is then  followed by feelings of guilt, shame, despair and self-hatred.

Although Binge Eating Disorder shares some of the characteristics of bulimia including eating uncontrollably, unlike bulimia, individuals who suffer from this disorder do not purge, vomit or use laxatives to get rid of the food.  Instead there may be periods of repetitive dieting or sporadic fasts as a way getting rid of calories consumed, but most typically there is no compensatory behaviour. Body weight may vary from normal to mild, moderate or severe obesity which can lead to problems with blood pressure, heart disease, diabetes and a general lack of fitness or unhealthy lifestyle.

People who suffer from binge eating may struggle with depression, anxiety, loneliness and a sense of hopelessness which  contributes to their compulsive and unhealthy relationship with food.  Typically,  food and eating is used as a coping mechanism, as a way of dealing with difficult emotions or to ease  tension; although binge eating  does temporarily relieve the stress of these overwhelming feelings, unfortunately it quickly spirals down to out of control and chaotic feelings.  Sufferers find themselves trapped in a vicious circle of binge eating, followed by shame, low moods and despair which then lead to further episodes of binge eating. 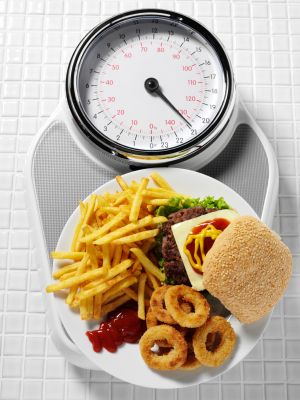 Are you a Binge Eater? Do you…

If you’ve answered yes to any of the above then you may be overeating because you’re stressed, have a low self esteem, or simply use food as a coping mechanism; or you may be overeating for emotional reasons and may have lost your ability to listen to your body’s natural signals of hunger and fullness.  Instead of eating to satisfy your physiological hunger and stopping when you’re full, you may be eating to satisfy an emotional hunger or, as some clients describe, you may be “overeating to fill a deep sense of emptiness, sadness, loneliness”; or you may be binge eating in response to boredom, stress or anxiety thinking that  only food can fill whatever void you may be experiencing in your life.

If this is you, then you may have discovered that overeating the “wrong” types of food (excessive amounts of sugar, salt, white flour products, processed foods) is having a negative impact on your physical, mental and emotional health, making food become part of the problem rather than it being a source of nourishment for mind and body.

It’s important to note that not everyone will have all of the above listed symptoms in order to have a serious eating disorder; each individual is different, and therefore will be experiencing a different set or a mixture of these symptoms.  The side effects and consequences of binge eating disorder can be very serious and if left untreated can be damaging to your health. Therefore it’s important that you get a medical diagnosis and advice from your doctor.

How can we work together?

I offer an Initial Assessment as an opportunity to meet before you commit to therapy. This also gives us a chance to discuss your current difficulties, goals for therapy and see whether we are the best fit for each other.

For information about my fees please

I look forward to hearing from you.

Fill in the form to send me a general email. All fields marked with a * are required and to help prevent SPAM please solve the simple sum before submitting your message.

If you have a specific medical problem or complaint, it is recommended that you seek help from your GP or medical practitioner before you seek counselling. This will allow you to have the necessary checks to determine whether your condition has a physiological or medical cause. More importantly, if such a condition is identified, then the appropriate medical intervention can be applied.

Your health may be compromised if you use any extreme weight control behaviours (even if occasionally) as there are many physical complications that can arise from extreme food restriction, fasting or losing weight too quickly, from self-induced vomiting, abusing laxatives/diuretics, as well as from extreme exercise.

If you think you might be suffering from an eating disorder it’s important to talk to you GP for a full medical check-up.

This website uses cookies to improve your experience while you navigate through the website. Out of these, the cookies that are categorized as necessary are stored on your browser as they are essential for the working of basic functionalities of the website. We also use third-party cookies that help us analyze and understand how you use this website. These cookies will be stored in your browser only with your consent. You also have the option to opt-out of these cookies. But opting out of some of these cookies may affect your browsing experience.
Necessary Always Enabled
Necessary cookies are absolutely essential for the website to function properly. This category only includes cookies that ensures basic functionalities and security features of the website. These cookies do not store any personal information.
Non-necessary
Any cookies that may not be particularly necessary for the website to function and is used specifically to collect user personal data via analytics, ads, other embedded contents are termed as non-necessary cookies. It is mandatory to procure user consent prior to running these cookies on your website.
SAVE & ACCEPT